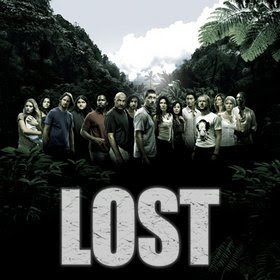 My observations on Season Two, the second go-round:

1) I despise Ana Lucia even earlier than the first time around. I was not looking forward to her story lines because I really don't like her. Unfortunately, there is just no getting through Season 2 with out here.

2) I teared up when we first meet Bernard and find out that Rose's faith was well-placed. Still a sweet scene, even though I knew it was coming.

3) I don't remember being bored with season 2 at the time, because I didn't already know how annoying a lot of that season's plot was. Now that I know, I am having to "push through" many episodes. Season 1 was SO much better.

4) Are the Dharma food drops new or have they been sitting there unseen till now (late season 2)? If they are new (which they seem to be based on the flashing light on the packs), then why is Dharma still dropping stuff?

5) I am definitely not as big of a Jack fan this time around. I thing watching the episodes so closely together allows me to see that he is so bossy and never lets up. He is controlling. Sometimes, he bosses about things that either have nothing to do with him or are not is decision.

6) For having only a 9th grade education, Sawyer sure knows a lot of literary references (and pop culture ones, too). It doesn't really surprise me since he reads constantly on the island.

7) I love Desmond. I have since the beginning and it was so easy to like him with the way he was integrated into the show. Henry Ian Cusick plays that character to perfection.

8) And of course, the introduction was made of the ever-manipulating Ben fka Henry. Can't wait to re-watch him over Seasons 3 & 4.

8) All in all, I don't think I enjoyed Season 2 the second time around as much as I did the first time. But there were certainly some good parts.
Posted by Linz McC at 9:07 PM