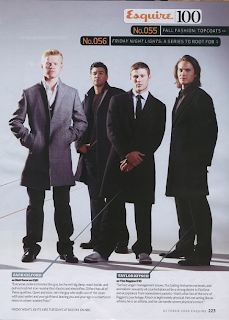 I have now removed the "Save Friday Night Lights" widget on the left of my blog because I don't need it anymore. NBC announced it will return next season for 13 episodes (most likely its final season, but at least they could wrap up the bigger story lines).

- Merlin is a new series about Merlin & Arthur, but will star Anthony Stewart Head (Giles of Buffy) as Uther, Arthur's father.

- An Office spin-off has been given the go-ahead. I don't know how I feel about this. But I would give it a try before I say anything one way or the other.

- The Last Templar will be a miniseries on NBC this fall. I had planned to read this book by Raymond Khoury, so now I will need to get on top of it to read it before the mini-series is on.

- XIII sounds VERY familiar. Thank the Borne movies. But I love Stephen Dorff, so I will also give this one a try. 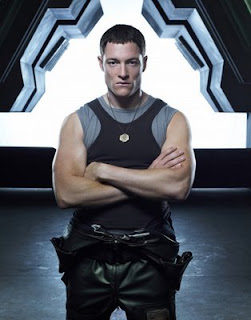 - Dexter Season 2 is now available for pre-order on Amazon.com, but a specific release date has not been announced. I am hoping this means that it will not be August before it is out. I would like to be able to watch it over the summer.

- My tivo has been recording episodes of Battlestar Galactica like crazy. I had to delete a bunch because there was no room left on my tivo (at the time I was up to 45 episodes). They are practically replaying the entire series up to now. I can't wait for tomorrow!
Posted by Linz McC at 6:16 PM