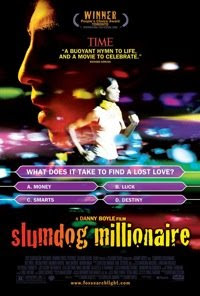 Tuesday night, we had the opportunity to catch a free screening of Slumdog Millionaire, the latest film from director Danny Boyle (Trainspotting, 28 Days Later), based on the novel Q & A by Vikas Swarup. Unfortunately, I got there late and sat in the second row. But that did not take away from my enjoyment of seeing this one in the theater.

Written by Simon Beaufoy (The Full Monty, Miss Pettigrew Lives for a Day), Slumdog Millionaire is the story of a young man named Jamal Malik (Dev Patel, Skins) who goes on the Indian version of Who Wants to be a Millionaire? However, he performs so well on the show that he is arrested before the final question. It is unheard of for anyone to do so well at all, let alone for an uneducated boy from the slums of Mumbai. Through flashbacks, we are told Jamal's story of being homeless, pickpocketing and scamming tourists for money and food. On top of the action of the coming-of-age story, and the excitement of the game show plot, this film is steeped in romance as Jamal finds and loses his love Latika multiple times over the course of their youth. Through everything, he continues to look for her. 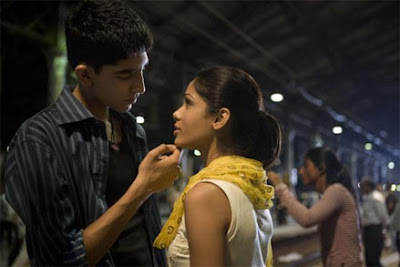 Patel was great as the grown Jamal. I had seen him in Skins, and while I liked him as Anwar, his role in this film is so much more gritty and required a great deal more acting skill. The audience clapped for him during the credits. I also enjoyed the performance by Irfan Khan (whom I recognized from The Namesake) as the detective. 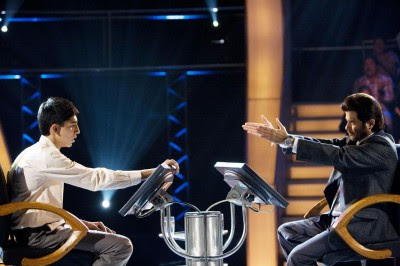 On top of the story and acting, the color, the Indian music with heavy beats, the culture, and the editing made this a pleasing film to see. I can't say enough good things about it. One fun thing about seeing movies in Los Angeles is that people clap at the end of movies. They don't do that in Texas. This one garnered some heavy applause.

[Side note: I am heading to Mumbai for several months in 2009, and I am not sure if seeing this made me feel confident about going, but I doubt it will be the same for me.]

Check out the trailer below:

I cannot wait to see this movie. Everyone I know has simply loved it.