Chuck vs The Ex

I can't resist blogging about Chuck. It is one of my favorite shows right now. Zach Levi plays Chuck in a way that I can't resist watching. And loving it. He's cute but he is geeky...er...nerdy, I mean. He is really smart but not good with ladies (or at least he doesn't think he is). 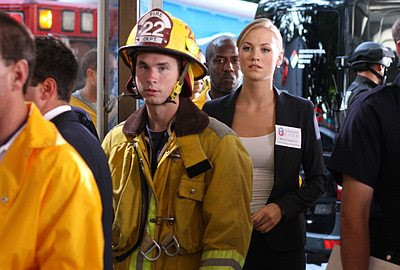 Tonight's episode was really fun as it added a new layer to the already confusing relationship between Sarah and Chuck: Jill, Chuck's ex-girlfriend from his Stanford years (yeah, the one that cheated on him with Bryce Larkin). She shows up in town and Chuck flashes on her boss, which requires him to take her on a date to probe her for information. The date goes horribly wrong and leads Chuck to grovelling, eventually confessing to being CIA, and helping to save the day (and prove his manliness). 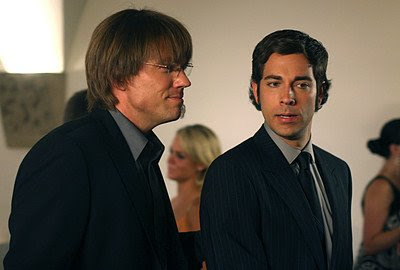 Jordana Brewster plays Jill, and the two have great chemistry. And while it would be mean of Sarah to deny Chuck some romance in a real relationship, it is certainly clear that she is hurting watching their relationship play out. 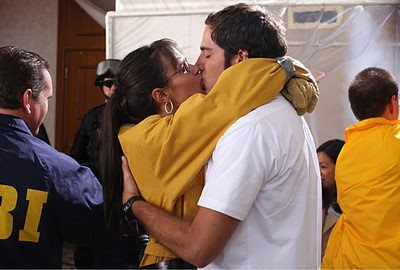 Jill is not the only one that got to smooch Chuck tonight. When trying to save the day, Chuck believes that an antidote in his system would be transferred to others via saliva. So he gives an ailing Casey a nice big smooch on the mouth. This was absolutely cracking me up, about as much as Casey wearing that getup in the restaurant. I should mention that I literally finished watching Serenity 5 minutes before Chuck started tonight, and the thought of Jayne in such a position was more than amusing. 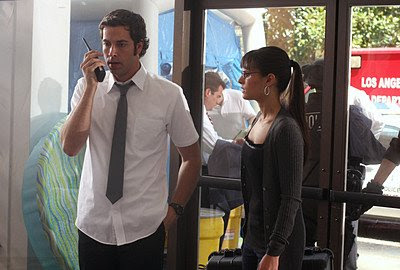 Back at the Buy More, Big Mike chokes on a donut and the associates are required by Emmett to complete a life-saving training course, conducted by none other than Awesome! It was a fun use of the Buy More crew and an interesting way of bringing Awesome into contact with some characters he doesn't normally interact with.

This was a great episode, and I can't wait till next week when Chuck will seemingly choose Jill over Sarah, Casey, the NSA & CIA, and the Intersect altogether. I love this show!
Posted by Linz McC at 9:02 PM

I don't watch Chuck, but I liked the fun pictures you included with your post.