Chuck vs. the Fat Lady

Let me talk Chuck for a second because last night was a great installment. Poor Chuck just can't catch a break in love. On one hand, he has lots more ladies fawning over him since he is basically a spy, but on the other hand, he sure does it screwed over a lot in the love department. 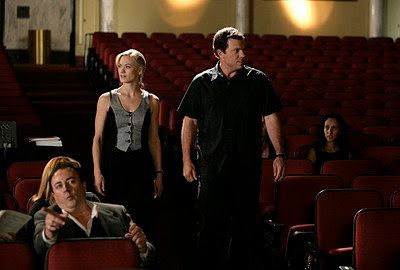 Jill helps Chuck help Sarah and Casey to save the day, and Chuck really wins over the girl. So much so that they decide to run away together (at which point Chuck says, "Safe at last."), just in time for Sarah and Casey to discover that Jill is Fulcrum. NO! 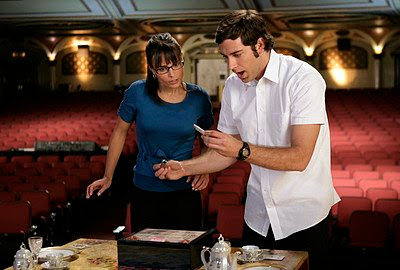 "I have heard the loading dock is like a Five for Fighting concert. So fierce." Said by Emmett (Tony Hale) when he is trying to get Chuck and Morgan to fess up to a pot-smoking secret.

"I don't even care about my own feelings, Bartowski." Said by Casey (Adam Baldwin) when Chuck tries to discuss his feelings with him.

When the secret coded box requires a musical high C, Chuck says, "Where is a pitch pipe when you need one?" This is followed immediately by Casey busting out a high C and the proceeding confession that Casey was a choir boy (not hatched from an egg).
By the way, I checked and this was not a high C. It was an E. Yeah, I am a nerd.

"Nerd code!" Said by Casey after Chuck and Jill plan a meeting using all scientific jargon.

Morgan protects Chuck even when he discovers Chuck is a lying cheater. I am enjoying their friendship lately.
Posted by Linz McC at 1:41 PM