For the past several months, I have been on a panel over at The Hulu Review that has the task and privilege of choosing the top shows on Hulu, spread over a number of categories. While I intended to post about it sooner, I have yet to write anything on my blog about it. This week, we vote for Best Television Show. Keep in mind this is not Best Television Show Ever, but just the best of the series that are on Hulu. Of course, Hulu carries some of the best, so it is a tough decision this week. Keep in mind that the panelists are given freedom to choose the "best" using any method they choose. It is completely up to the panelists. Here are my opinions on the final 6 nominees for Best Television Show. 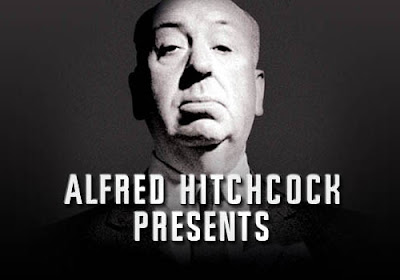 Alfred Hitchcock Presents - I am not knocking ol' Hitchcock, but he just ain't my TV cup of tea. The other five shows are ones I like a LOT more.

Arrested Development - This is one of my all-time favorite shows. And it literally never gets old. I can watch it regularly and when I finish season 3, I just pop season 1 back in the DVD player. It is unlike anything else I have seen on TV; the writing and acting are beyond amazing. And it is just hilarious. I probably quote Arrested Development more than any other show this is or ever was on. I would say it is too bad that it didn't last longer, but I like a show that can go out on a high note. And we can always be left wanting a little more. 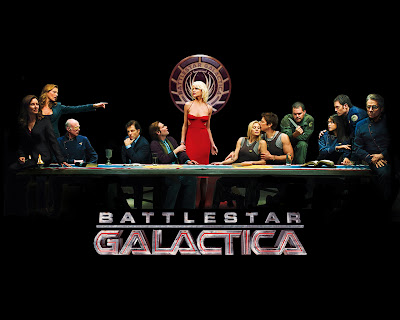 Battlestar Galactica - Battlestar Galactica is a prime example of a genre that people are scared of (sci-fi)only to discover that it deals with very human, prevalent issues and relationships. Yes, there are giant robots and the human population lives in space, but what makes this show is the people. Their stories. How the interact. Of course, I really enjoy the space/robots part of it, too. But I think people are missing out on one of the best shows around. One can hope that it gains popularity on DVD after the series finishes in the coming months. *tear* 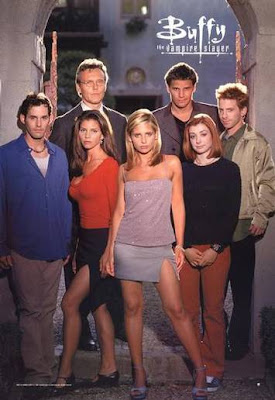 Buffy the Vampire Slayer - I hopped on the Buffy bandwagon a little late. I think it was during Season 6 when I started watching reruns from the beginning in syndication. I caught all the way up and then finished out the series on UPN. I truly think Joss Whedon is a genius, but I can see why Buffy doesn't have as universal appeal as some other shows, especially ones that are considered to be "sci-fi." 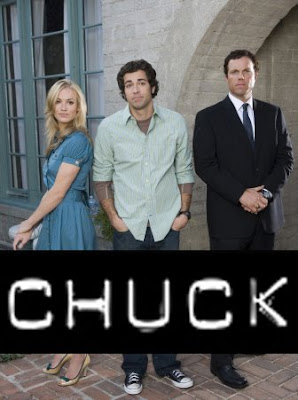 Chuck - I am huge Chuck fan (you can read about my days working on set here). I love the geek-spy combo. Zach Levi is perfect in the role (if you can accept how geeky he is really supposed to be). I think it reaches a wider audience and has a broader appeal than the other shows on the list. But I don't think I can name it my top. Yes, it is can't miss for me, but other shows on this list always will beat it out. 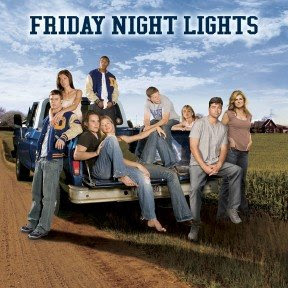 Friday Night Lights - Emily turned me on to FNL after Season 1. I had not been interested, even though I had heard the critical chatter, because it didn't appear to be doing all that well, in any time slot. The summer before the second season, I caught all the way up. I have even gotten my husband addicted. Fans rejoiced at getting a third season, which has been as amazing as the first. I literally cry every single episode, and after watching always find myself exclaiming how amazing the acting is, and how well the characters are portrayed by the actors.

My decision really comes down to Arrested Development, Battlestar Galactica, and Friday Night Lights, three shows that could not be more different (except for excellent writing, great execution, and the lack of the audience they deserve). Decision still being made...

I ended up choosing Arrested Development, in a close race with Battlestar Galactica and Friday Night Lights, but I couldn't really come up with a reason why. They are all great.

THIS IS SOOO FUNNY!! Check it out!!