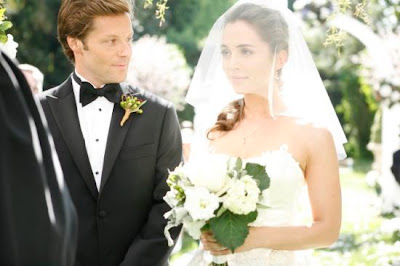 Let's talk about last night's episode of Dollhouse. For a few reasons.

1) First, off, I worked on this episode. I was an extra during all the wedding stuff. I saw myself twice, which is always fun. And it was an easy and relaxing shoot (only about 6 hours). Also, the set was GORGEOUS. It was someone's real house. But more importantly, that means I saw Jamie Bamber in person.

2) So that brings me to my second reason for discussion. Jamie Bamber. And I touched him. I am not gonna lie. I might have stood in his way so he had to brush past me. OK, enough of that. I want to talk about Jamie in the episode. He finally got to use his British accent! He wasn't Lee Adama anymore. Also, he got to play the bad guy and I liked seeing a different side of him. 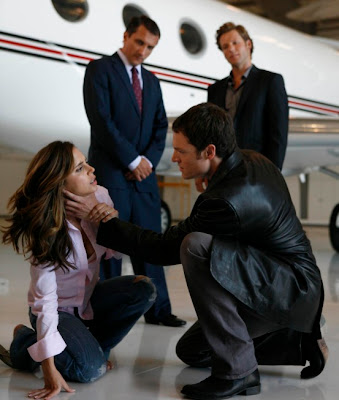 3) Tahmoh Penikett is even more likable as Paul Ballard than he was as family man Helo on BSG. And he is DARN hot. In this episode, he reunited with former co-star Jamie Bamber,and they got to beat the crap out of each other. Which was great. I love the dynamic of him with Caroline/Echo and am very happy to see him as her handler. 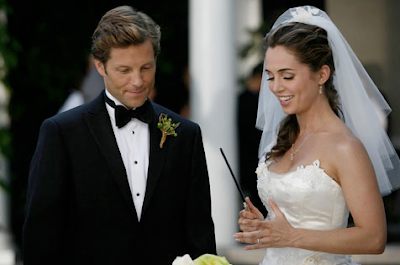 4) Joss. Huge Joss Whedon fan here. I fangirled over Joss as much as I did over Jamie that day. (Not so much over Eliza) But critics can't claim that Joss shied away from risky storylines, especially if they have seen "Epitaph One" which was more confusing than anything else, but finally made me feel like I was watching a show worth investing in. I was happy with the direction they took with "Vows" and look forward to where the story is going. 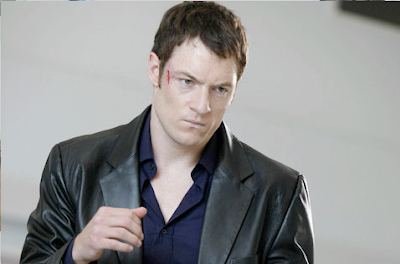 5) Alexis Denisof. Buffy and Angel Alum, Alexis (Wesley) appeared as a politician looking to take down the dollhouse. But more importantly, that means we are THIS much closer to a Fred/Wesley reunion. Fingers crossed.

And since the episode has aired, I think I can post this pic. A friend on the set took this snap. I was standing right there! So close to the action. haha 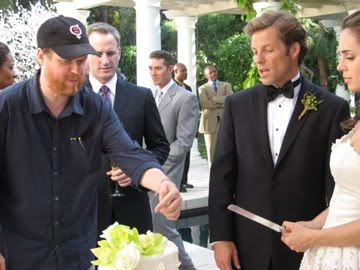