Book: Are You Experienced? by William Sutcliffe 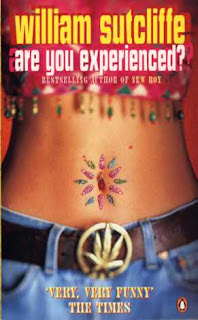 This is the first book I have chosen to read that is related to my India trip. My sister recommended it as a quick and fun read. Are You Experienced? is a novel about a young English guy named Dave who feels compelled (by a girl named Liz) to spend the summer before University traveling around India. He really doesn't want to go but Liz convinces him (mainly because he wants to spend time with her). So he commits to three months, and discovers early on that he and Liz pretty much hate each other. Liz gets sucked into the Indian culture (but she is rather pretentious about it, going about in saris and doing what is called "intimate yoga" to find her "centre"). Dave is very cynical and it leads to fighting between them. Eventually, they part ways and Dave is left to travel the country that he despises so much alone.

As an inexperienced traveler, Dave does not know how to handle certain situations (the beggars, the bargaining), and also makes poor decisions (such as eating bad food and getting so sick he gets emaciated). And ultimately he spends a full two months of travelling, trying to get the right "India experience" before he realizes he has been going about it the wrong way. Eventually, he stops avoiding the Indians and begins talking to them and asking about their lives. Basically, he figures out that his adventures won't be what he preconceived, and then he can enjoy himself.

When Dave finally returns home, a place he is desperately excited to get to, he almost immediately realizes that he would like to go back for another visit.

Now I need to discuss how this contributes to my thoughts and considerations for my upcoming trip to India. When Dave starts his trip, he only seems to be enjoying himself when he is stoned. That doesn't bode well, but I figured he would require some time to get over culture shock. He basically gets off the train in Bombay, smells the stench in the air, and hops back on a train to elsewhere. I have heard some pretty bad things about the smell of the air and the smog. I have a few scarves I plan to wear over my nose and mouth in the city. I'll just have to get used to that. The only meal Dave eats that has meat in it makes him terribly sick so he sticks to vegetarian dishes mostly. I like meat! But I can manage. I can't say I wouldn't like to lose a few pounds, but not from dysentery!

That is all the bad stuff, but I also am getting used to city and region names. This helps me to figure out places I want to visit while I am there. I know I want to use the Lonely Planet India guide as it seems to be The Book. Also, now I know not to sit on the back of any buses as I will be sore from bouncing around. In addition, I am now looking forward to the beauty of the country, both lakeside and mountainside. And I plan to let the traveling be as fun as the destinations!

Next on my India reading list: The White Tiger by Aravind Adiga.
Posted by Linz McC at 5:11 PM